Club Captain Dave Wickens held his Captain’s day on 20th July. As expected there was a big turn out for the competition.

The Seniors competition, which was to be held on Friday, had to be cancelled because of the weather but will take place on Monday. However, the weather held fine for the main competition. Refreshments were served upon the 10th tee by Julie Wickens and Melissa Hall.

The results of the competition were kept secret until the presentation. At the presentation in the Hayloft Suite in the Shippon Restaurant, the Captain thanked everyone for playing. Vice-Captain Peter Johnson announced the results. The winner of the major prize was Paul Bellfield beating Vice Captain Peter Johnson by one shot – yes, it was that close! Ever improving Sam Parry won the ladies section, with Elen Mostyn in 2nd place. Ieuan won the Junior section. Mark Graham won the guests’ prize

Once the raffle was finished Sarah Brookshaw made a short speech thanking everyone for attending the presentation and dinner, and also the committee for all their work behind the scene. Sarah then called the members and guest through for dinner. Members were treated to splendidly decorated tables, each with a complimentary miniature bottle of spirits. The Captain made a welcoming speech. He thanked John and Sarah Brookshaw for all their support and presented Sarah with a bouquet of flowers. He gave each committee member a gift in recognition of all the work and effort put in during the year. The final act was to present the Club Member of the Year Shield, which was awarded jointly to Ian and Melissa Hall.

A splendid dinner followed, with entertainment by a magician and a comedian. It was a night that will live long in the memories of all who were there. 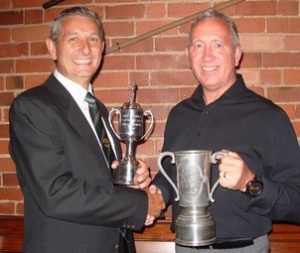 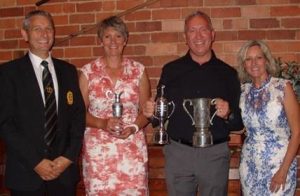 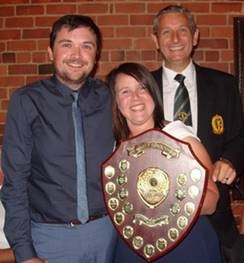 Club Members of the Year Ian and Melissa Hall 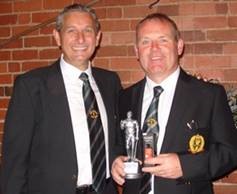 The Captain with runner up Vice Captain Peter Johnson

At the 10th tee Julie Wickens and Melissa Hall 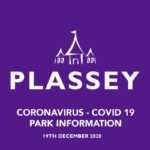 Book your 2021 UK Holiday at Plassey 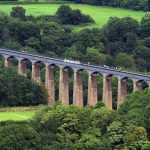 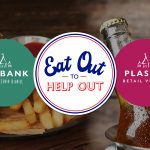